Studying archeology in my 50s, I embarked on a dig with a group of nubile young students

Elizabeth Palatics was part of the 2013 Mendes (Tell er-Rub’a) Expedition.

Going is back school to complete the required archeological dig in Egypt with a group of 20- year-olds is something else. After practising law for a number of years and raising three children, I decided to complete my undergraduate degree in archeology. The course work was fascinating, and when I was accepted to join an American university’s field school in Egypt for four weeks I was elated.

But then I started to panic. In the classroom the students considered me a curiosity, but were kind to me. However, the prospect of living with a group of undergraduates from a variety of American schools had me rethinking my decision.

With travel time added, my adventure was actually going to be five weeks: How would I survive being away for such an extended period of time? Important questions swirled in my head. How would I look without colouring my hair for so long? Those grey roots would become unsightly and a sure sign I was older than everyone else. So I bought my first hair-colouring kit and packed it, wondering if I would be able to read the fine print when it came time to use it. I packed reading glasses, as well. And what about my menopausal hot flashes? I knew I would be sharing a room with two other people. How would they react to their roommate stripping in the middle of the night and kicking off the sheets? Luckily it was sweltering in Egypt, and the temperature inside our rooms often registered 36 C – everyone was having hot flashes all the time, both men and women.

And then, what about the lack of a chilled bottle of pinot grigio with dinner? Egypt is a predominantly Muslim country where alcohol is not readily available,and we were bound for rural Egypt, far from any tourist attraction.

I certainly couldn’t get a case of wine into my suitcase. The flask my family bought me as a going-away gift held just 12 ounces of vodka. I learned to appreciate delicious warm beer as it was the only thing available.

Speaking of suitcases, mine was the only one that got lost, not arriving until four days after we did. Fortunately, I’d had enough travel experience to know to pack a change of clothes in my carry-on. Still, washing out my full-size, old-lady underwear and hanging it out to dry created quite a sight – especially when the other girls started to do their laundry and hung out their thongs beside it.

And then there was the issue of the older body. I do work out, but I also creak and have aches and pains. Digging can be hard work: kneeling for hours, scraping with a trowel, and climbing up and down a rickety wooden ladder (actually a few planks of wood tied together) with no massage therapist in sight caused me concern. Here’s where that wine (see above) with an Advil could have been useful. I won’t even mention my wish for a manicurist.

At the end of each day, hot and sweaty, I had to wait forever for my turn in the shower. Young people today seem to take extra-long showers, and many do not seem particularly guilty about the lineup behind them. Did I mention there was no hot water? Cold showers for four weeks. Once I stopped getting headaches from washing my now-greying hair in icy water, I began to enjoy the refreshing feeling. To be honest, when I first got home I felt quite nauseated when I had a hot shower.

There were some advantages to being elderly. I didn’t mind the 5:15 a.m. wake-up call. The young ones groaned loudly and often. I jumped out of bed and was the first in the washroom.

I was ecstatic that I was served four meals a day, and thought the food was delicious – hey, I didn’t have to do the grocery shopping, food preparation, cooking or clean-up. The other students complained about the food.

I was also somewhat better received by the members of our Egyptian crew. The men were more comfortable with me than with the nubile young ladies, and the women were impressed when they learned I was not only married, but was Wife No. 1 (and only).

Perhaps best of all was my ability to appreciate the whole experience. I was so thankful to be doing what I’d always dreamed of doing, and so appreciative of the support of my husband and children, who handled my absence with ease.

I believe the ancient Egyptian gods were smiling on me as well, perhaps knowing this was likely to be a once-in-a-lifetime experience. While most of the other sections of our archeological field yielded few finds, the section in which I worked was rich with artifacts.

I uncovered the base of mud- brick structures believed to be 4,000-year-old residences complete with hearths, blades, animal bones, spindle whorls and even some unbroken clay jugs. Seven burials were discovered as we dug down, exposing skeletons, scarabs, clay offering bowls and beads.

Stashed in the corner of one of the rooms, I uncovered three unbroken wine jugs. For a moment I could imagine the occupants, after a hard day’s work, sitting around together and sharing cups of wine. It made me a little homesick.

Presented at SSEA’s Scholar’s Symposium in 2008

The Pharaonic Military is the pride of Ancient Egypt 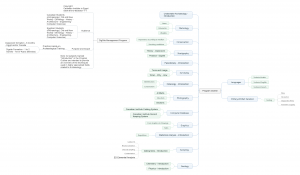 He has participated in several interdisciplinary research projects: the Danish Akamas project, the Danish Black Sea Centre, the History of Marine Animal Populations program and currently the ‘Where East meets West’ project, of which he is director. His publications include The Geography of Power (Oxford 1989), The Roads of Ancient Cyprus (Copenhagen 2004) and Urban Life and Local Politics in Roman Bithynia (2008).

Posted in Fellow-Chercheur, University of Toronto.
123next →